Welcome to the juce on Local Anaesthesia. Individual techniques are presented on the pages in this section, but let's start with the historical background.

In Peru, the ancient Incas are believed to have used the leaves of the coca plant as a local anaesthetic in addition to its stimulant properties. It was also used for slave payment. Coca is believed to have played a major role in the subsequent destruction of Incas culture when Spaniards realised the effects of chewing the coca leaves and took advantage of it.

Cocaine was isolated from coca leaves in 1860 and first used as a local anesthetic in 1884. 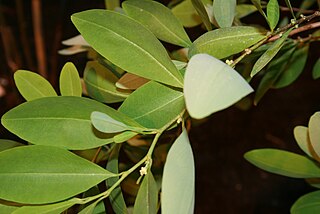 The search for a less toxic and less addictive substitute led to the development of the aminoester local anesthetics stovaine in 1903 and procaine in 1904. Since then, several synthetic local anesthetic drugs have been developed and put into clinical use, notably lidocaine (lignocaine) in 1943, bupivacaine in 1957, and prilocaine in 1959.

The invention of clnical use of local anaesthesia is credited to the Vienna School which included Sigmund Freud (1856-1939), Carl Koller (1857-1944) and Leopold Konigstein (1850-1942). They introduced local anaesthesia, using cocaine, through ‘self-experimation’ on their oral mucosa before introducing it to animal or human experimentation. The Vienna school first started using cocaine as local anaesthesia in ophthalmology and it was later incorporated into ophthalmologic practice. Dr. Halsted and Dr. Hall, in the united states in 1885 described an intraoral anaesthetic technique of blocking the inferior alveolar nerve and the antero-superior dental nerve using 4% cocaine.

Shortly after the first use of cocaine for topical anesthesia, blocks on peripheral nerves were described. Brachial plexus anesthesia by percutaneous injection through axillary and supraclavicular approaches was developed in the early 20th century. The search for the most effective and least traumatic approach for plexus anesthesia and peripheral nerve blocks still continues. In recent decades, continuous regional anesthesia using catheters and automatic pumps has evolved as a method of pain therapy.

Intravenous regional anesthesia was first described by August Bier in 1908. This technique is still in use and is remarkably safe when drugs of low systemic toxicity such as prilocaine are used.

Spinal anesthesia was first used in 1885, but not introduced into clinical practice until 1899, when August Bier subjected himself to a clinical experiment in which he observed the anesthetic effect, but also the typical side effect of postpunctural headache. Within a few years, spinal anesthesia became widely used for surgical anesthesia and was accepted as a safe and effective technique. Although atraumatic (noncutting-tip) cannulae and modern drugs are used today, the technique has otherwise changed very little over many decades.

Epidural anesthesia by a caudal approach had been known in the early 20th century, but a well-defined technique using lumbar injection was not developed until 1921, when Fidel Pagés published his article "Anestesia Metamérica". This technique was popularized in the 1930s and 1940s by Achile Mario Dogliotti. With the advent of thin, flexible catheters, continuous infusion and repeated injections have become possible, making epidural anesthesia still a highly successful technique. Beside its many uses for surgery, epidural anesthesia is particularly popular in obstetrics for the treatment of labour pain.

Dentaljuce is brought to you by the award winning Masters team from the School of Dentistry, University of Birmingham, UK. All have won awards for web based learning and teaching and are recognised as leaders and innovators in this field, as well as being highly experienced clinical teachers.

With universities closing their doors, many students are currently having to rely more on online resources. If you are a student, and you don't need CPD Certificates, we are offering an amazing discount on your Dentaljuce personal membership fee. Special student price just £5 for 12 months individual membership.

I have to say dentaljuce gets better each time I look.
PP